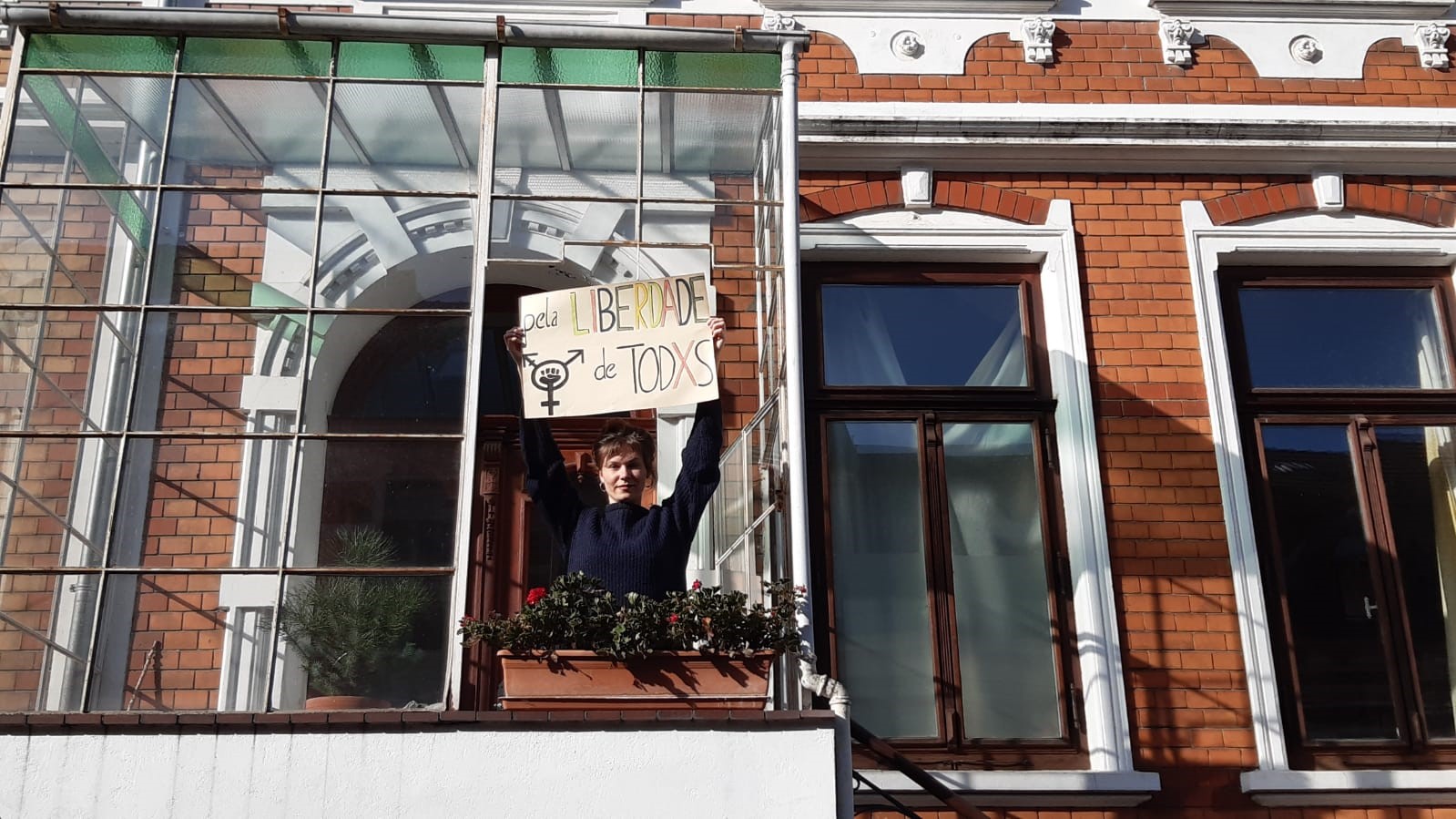 Over the past months, PELE has been collectively thinking how to occupy the public spaces on March 8th – a symbolic day that represents the feminist fight for gender equality. We ended up calling out a variety of people from all ages and contexts to embark on a collective journey to find out what we could do together, even though we were all apart and in lockdown.

Throughout a handful encounters on zoom, we tried theatrical warm-ups, we followed each others’ movements, we shared stories of women who inspire us, we drew our own protest posters… we stayed in silence, whenever it was needed.

After a few of these encounters, the group collectively decided they wanted to create a poem-manifest to express everything they feel it’s urgent to change. We then invited everyone to film themselves at home and on the streets, holding their protest words and firmly staring at the invisible spectators.

When March 8th finally arrived, we occupied the digital public spaces with a video-manifest, with almost 100 participants – an artistic and political act which aimed to activate and inspire everyone for the urgency of affirming gender equality, both on the private and public spaces.

This video-manifest is the result of that inspiring collective movement, showing how togetherness can be achieved, even when we are all apart.