From 2 to 4 July, a folk theatre festival brings us to Dante’s magic 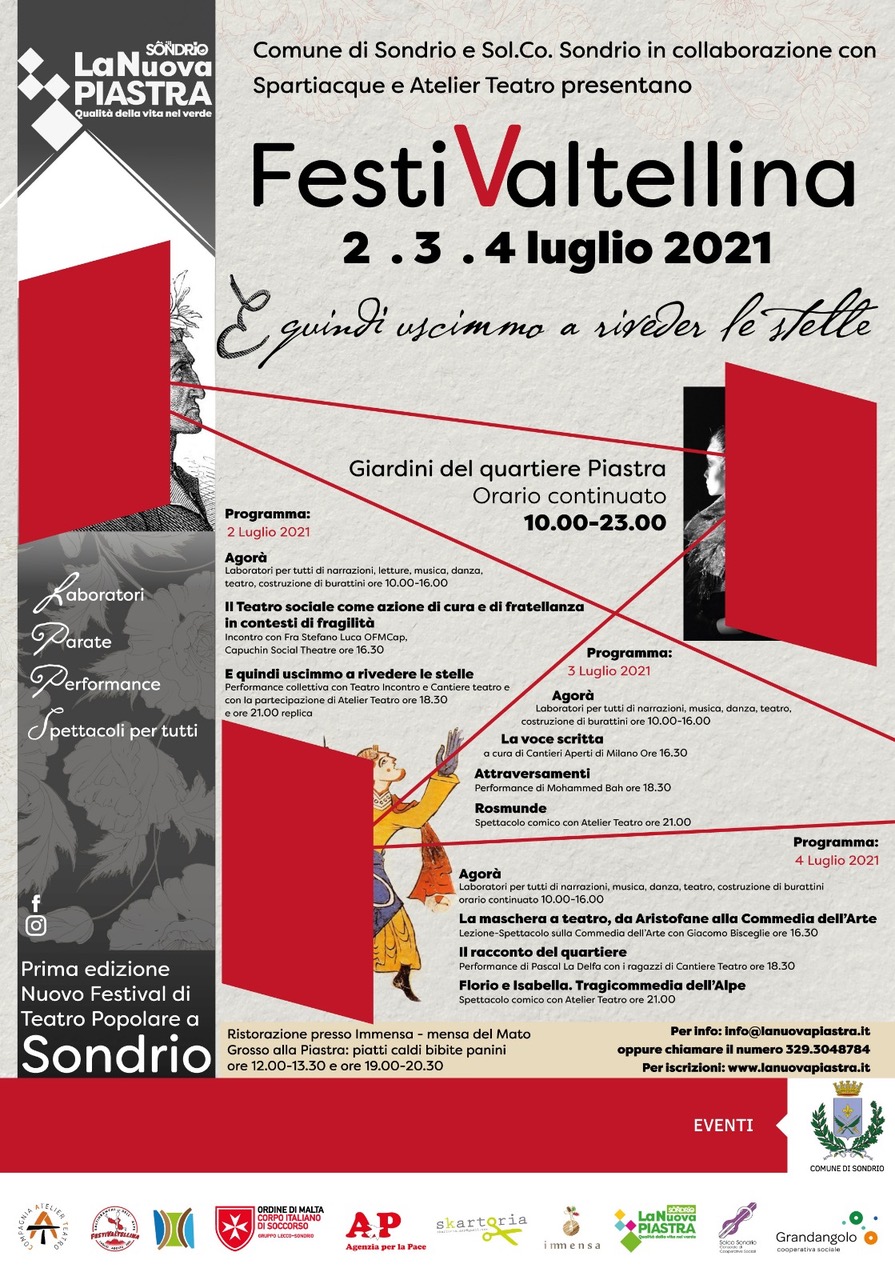 “Oltre le Parole” for the first time at the FestiValtellina,  called   “And so went out to see the starts again”, with some workshops and a theatrical performance.

FestiValtellina is the first popular and social theatre festival in which “Oltre le Parole” will participate in early July in the “la nuova Piastra” borough of Sondrio, in Lombardy, with workshops and a theatrical performance. “E quindi uscimmo a riveder le stelle” is the title of this first edition of the festival dedicated to the supreme poet Dante and to theatre, to comedy, which literally means “the song of the village”. A festival of popular theatre because it belongs to everyone and speaks to everyone, recovering the great medieval tradition that has bequeathed to us the legacy of responding to the crises of dark times with song. 9 shows and 46 workshops in three days, with dozens of artists and the involvement of the whole territory. ( Some videos of the activities carried out can be seen on the social networks and websites of the organisers and of “Oltre le Parole Onlus”