“TEATRO UTILE, IL VIAGGIO “. IN COMPANY OF TIZIANA BERGAMASCHI. The theatre is the center of life. Interview by Monica Gocilli 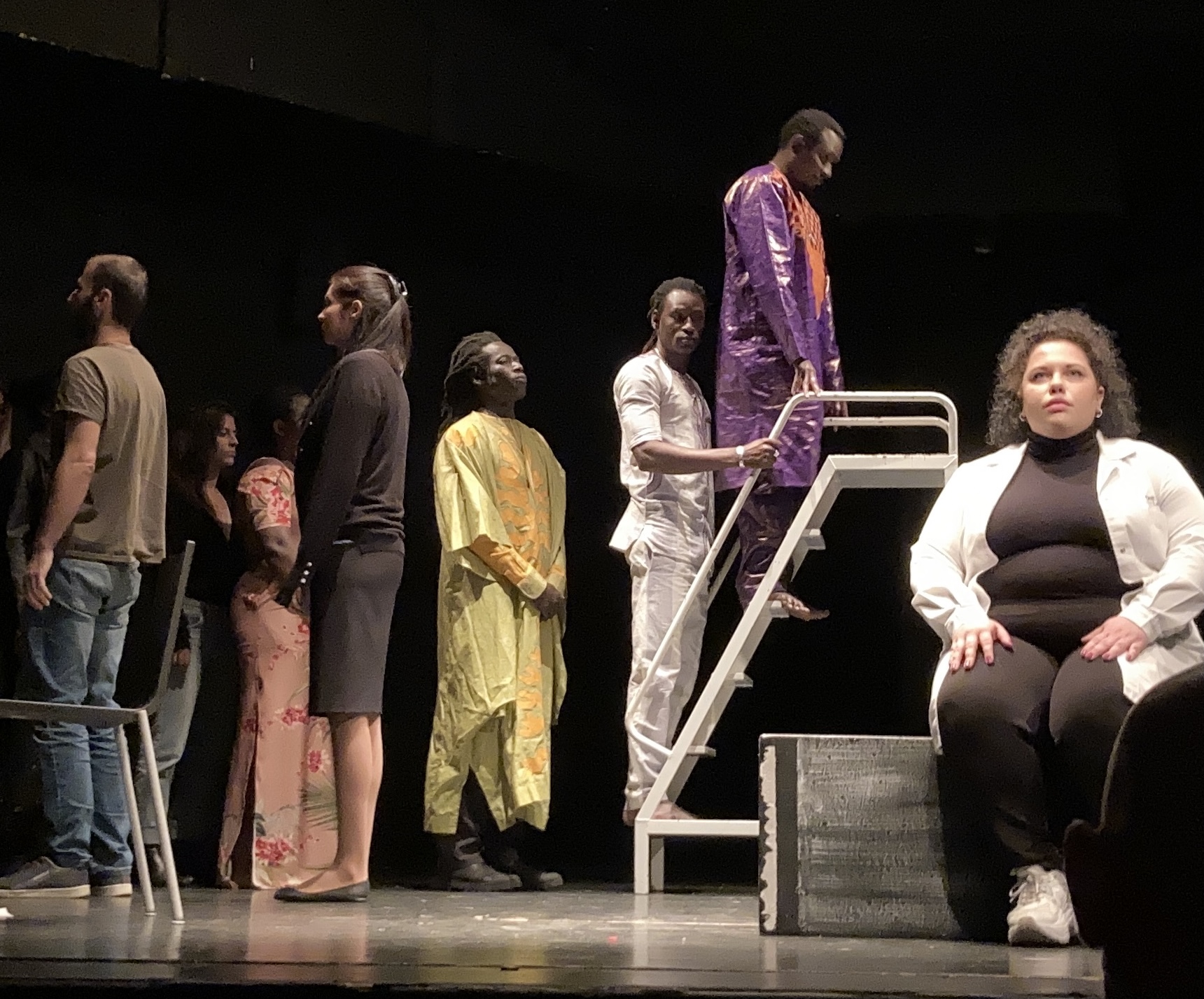 I am struck by the eyes of Tiziana Bergamaschi, who knows how to look close and go far: red hair, bright eyes and an infinite passion for theatre.

Director, actress, student of Orazio Costa, pedagogist of the “different”, Tiziana has pursued her dreams by creating over the years projects and workshops on multi-ethnicity, imagining new bases for a culture that knows not only how to grasp the differences, but use them as enzymes of new lifeblood.

She is a member of the ANTAS Association, which brings together social theatre operators in Italy, where I met her a few years ago.

I recently saw one of her precious stage readings, “Il mondo che dorme” (The world that sleeps), which is part of the dramaturgy workshop she has been conducting with Renato Gabrielli for the last nine years for the Progetto Teatro Utile at the Accademia dei Filodrammatici in Milan. The theme of the workshop is migration and multiculturalism in cities, with the hope of a future of inclusion and equality.

Tiziana, what kind of textures does “Il mondo che dorme” (“The Sleeping World”)  by Teatro Utile in Accademia have?

“We thought of a dystopian future that would allow us to read the present, so we applied some canons, which are normally more cinematographic, to a search of theatrical writing, working with 7 young authors who each produced a short text. Each text had to refer to the other texts and be contained in a macro-structure so that it could become a single text in the future. The interesting element is that the authors were able to see their texts realised by actors corresponding to characters from different countries. For example, if a character is thought to be of Albanian origin, he was played by an Albanian actor, drawing on the group of actors who are part of Teatro Utile il Viaggio, mostly migrants, and who are of different nationalities. This is an important element because it is the possibility of comparison and verification also from a linguistic point of view. Alongside these actors, there is the possibility of involving professional actors from other schools who wish to be involved in this search for sharing in a theatrical context. It is an investigation into themes not yet present in our theatre: we need to overcome, as already happens in other countries, the perfect correspondence between role and character, the famous rainbow effect: if a person is right for that role, whatever the colour of his skin, he must be able to play it.

And what does the Association “Teatro Utile il Viaggio” do?

Through the Association we operate in the territory, we strive to create work opportunities for actors of different nationalities and to ensure that their cultural skills can be a useful tool for approaching migrant situations.

Our workshop wants to be a big family, welcoming and allowing everyone to develop their expressiveness. Our activity is on different levels, all of which aim to bring together Italian and foreign actors.

What is your dream now, what would you like to see come true in your work and in your life?

I would like the company to consolidate and become autonomous, and for each of the participants to take on a role within the association, in addition to their role as actors, so that they can continue it even when I can no longer.

I would like many different situations to arise, always workshop-based, that can be welcoming and help other people. In January, a workshop will start in Monza, another in Vimercate, and recently we have also been in contact with the women who have been welcomed at the Carmine Church. Personally, I would also like to return to the stage, to complete the projects I have, the directions, the ideas I have for texts that I would like to be heard, seen, experienced by the public, and I would like the theatre to continue to be for me the centre and focus of life.