Story of Linda, who met Pirandello and realized she could be herself! 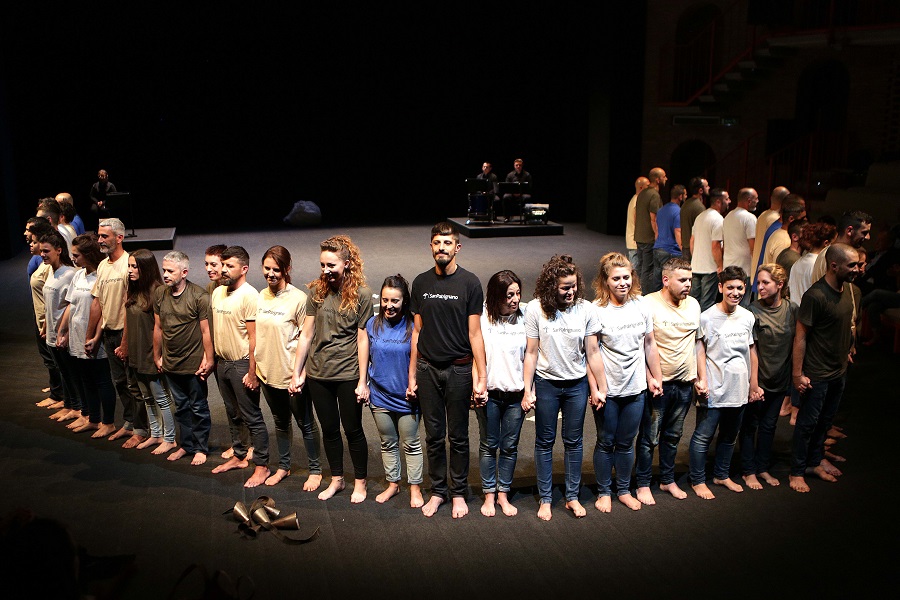 San Patrignano has always offered young people a time and place to rediscover themselves, completely free of charge. In this space, theatre, music, dance and art can become further opportunities to get to know oneself and others, places in which to grow. From this idea, in 2013 the ‘Compagnia di San Patrignano’ was officially born, and in 2015 the community’s Artistic Centre, which brings together all the artistic/educational workshops for the guests of San Patrignano.

And it is precisely through the words of one of these young people that we want to share with you the sense of our work and our objectives, which fully encapsulate our idea of what the figure of a social theatre operator represents. Enjoy your reading!

“When I was 14/15 years old I was like I am now.  I liked reading, I liked saying it, I was always against cigarettes, against drugs. I was very determined about what I wanted to be, sure of what I was.

Then, when I think about what I became only a year later…. Like everyone else, out of fear of being alone, because I felt I was never good enough, and because of so many other things, in the end I built the mask that was most suitable for being with others, so I was certainly a bit built. Even now, when I think about how I became so fake, it still bothers me.

It took a while but I finally realised. I had been using for a while, I had been arrested, I realised that I was losing everything and everyone, I didn’t make sense any more, I couldn’t go to school any more … At a certain point I said no!

In the past I didn’t pay attention to many things, I didn’t consider them important. In fact I didn’t consider them at all. But now, for me, the sense of things is a conquest that I make day after day. At the end of a day, for example, I look back and I see that I’ve been busy, I’ve studied, I’ve worked, I’ve spoken to some of my community mates.  Maybe that day wasn’t even that good at times. But arriving in the evening, looking around and seeing people next to me who love me as I am, that I no longer need masks, makes me believe in myself, that I can do it.

Maybe that day wasn’t even that good sometimes. But when I get to the end of the day, I look around me and see people who love me as I am, that I don’t need masks any more, it makes me believe in myself, that I can succeed.

This is the sense that San Patrignano gave me, a sense that I then rediscovered in many other things I do, in my studies, in my relationships, in my projects. And in the theatre, because the theatre has helped me so damn much.

There’s a phrase we recite, it’s by Pirandello and it says ‘Then it happens to me, to find myself in front of a mirror, to look into the eyes of the mirror that doesn’t look at him, and I keep asking myself: Hey you… who is the ghost between us?’.

Every time I say that, I am moved, and when we did the show here in the community, it allowed me to bring out something of mine that belonged to me, something deep and sincere that had been silent for a long, long time. And I realised that I was capable of expressing myself, capable of sharing my emotions, my thoughts without being afraid, without needing a substance to have the illusion of doing so. And I saw my future, and with it myself, finally free”.