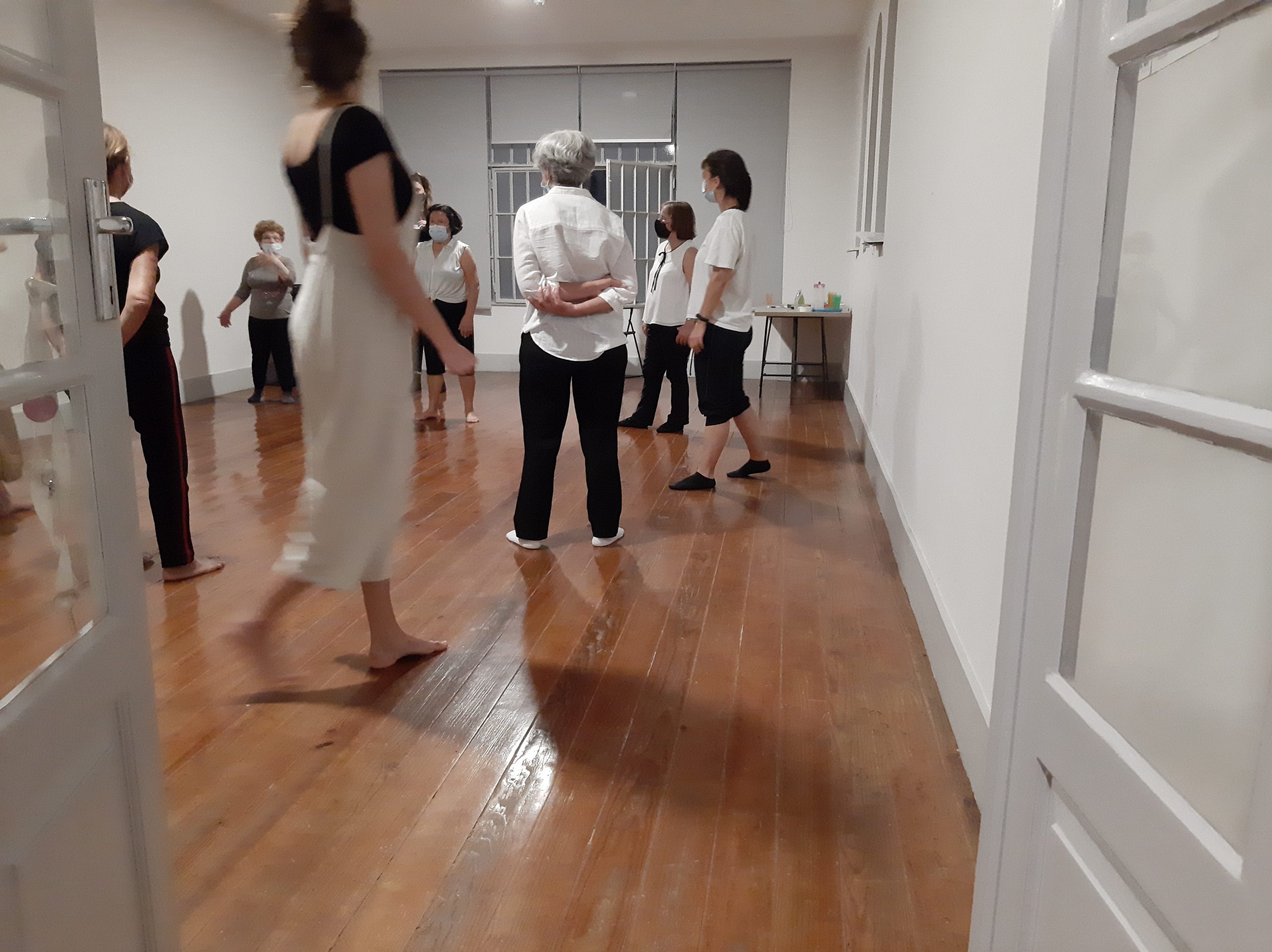 After a few months of online sessions with the groups of the project ENXOVAL*, which resulted in the video-manifest launched on march 8th 2021, we were challenged to restart the face-to-face rehearsals. Thus, since last may that three different groups from Porto and Amarante restarted a collective creation process, having the Manifest as a starting point. This Manifest was collectively written and it highlights themes such as gender equality, feminine legacy and many other invisible layers. While alternating between experiments as a collective body, moments of discussion and sharing of testimonies, each group has been creating a section of a performative walk that will premier in MEXE, this coming september. Follow PELE on their official pages www.apele.org- FB: @pele IG @pele.espaco