Dystopia arrives in Asturias in the form of social theater 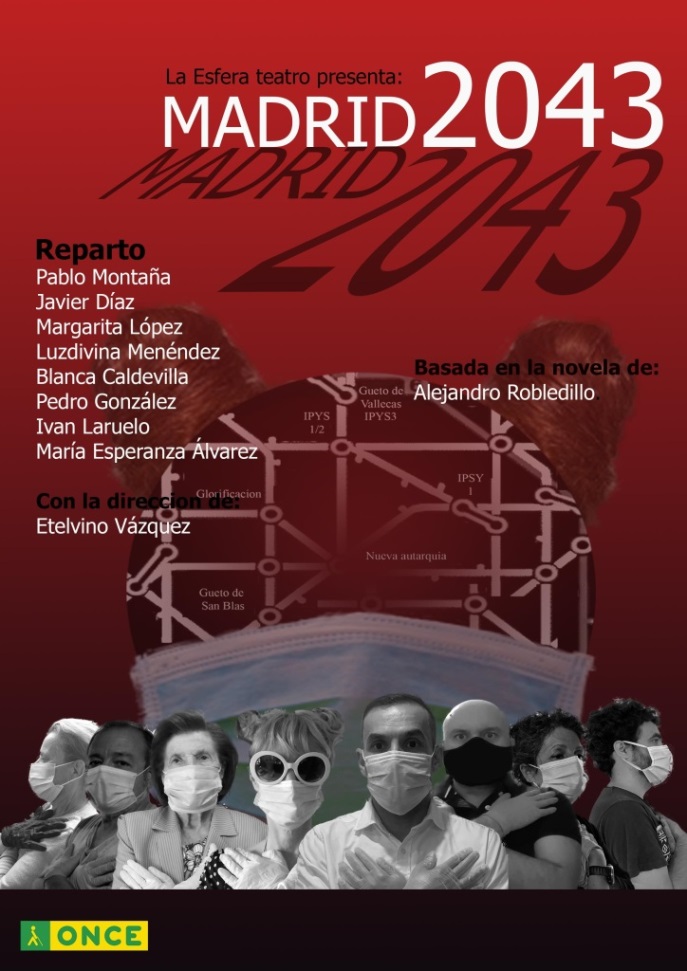 Madrid 2043 is the name of the play that was presented in Asturias the last week of January. The play is represented by “La Esfera”, the theatre group linked to ONCE (National Organization of Spanish blind people) and formed in its majority by blind actors and actresses or with some type of visual disability. They started their work in 1994, and although at the beginning of their performances comedy with a background of social criticism predominated, throughout these years they have dared with all kinds of theatre in charge of different artistic directions.

Madrid 2014 is an adaptation of a novel by Alejandro Robledillo, and it presents us with a dystopian future, in which the SS (Social Services) exercise, through social workers, absolute control over the population to stop the spread of an epidemic for which no cure was found.

The work is not only a story about a futuristic pandemic, it is also the story of the loneliness that excluded people live in today’s society. And it is that a dystopia not only shows a terrifying future, but it is also a reflect of what we truly are.