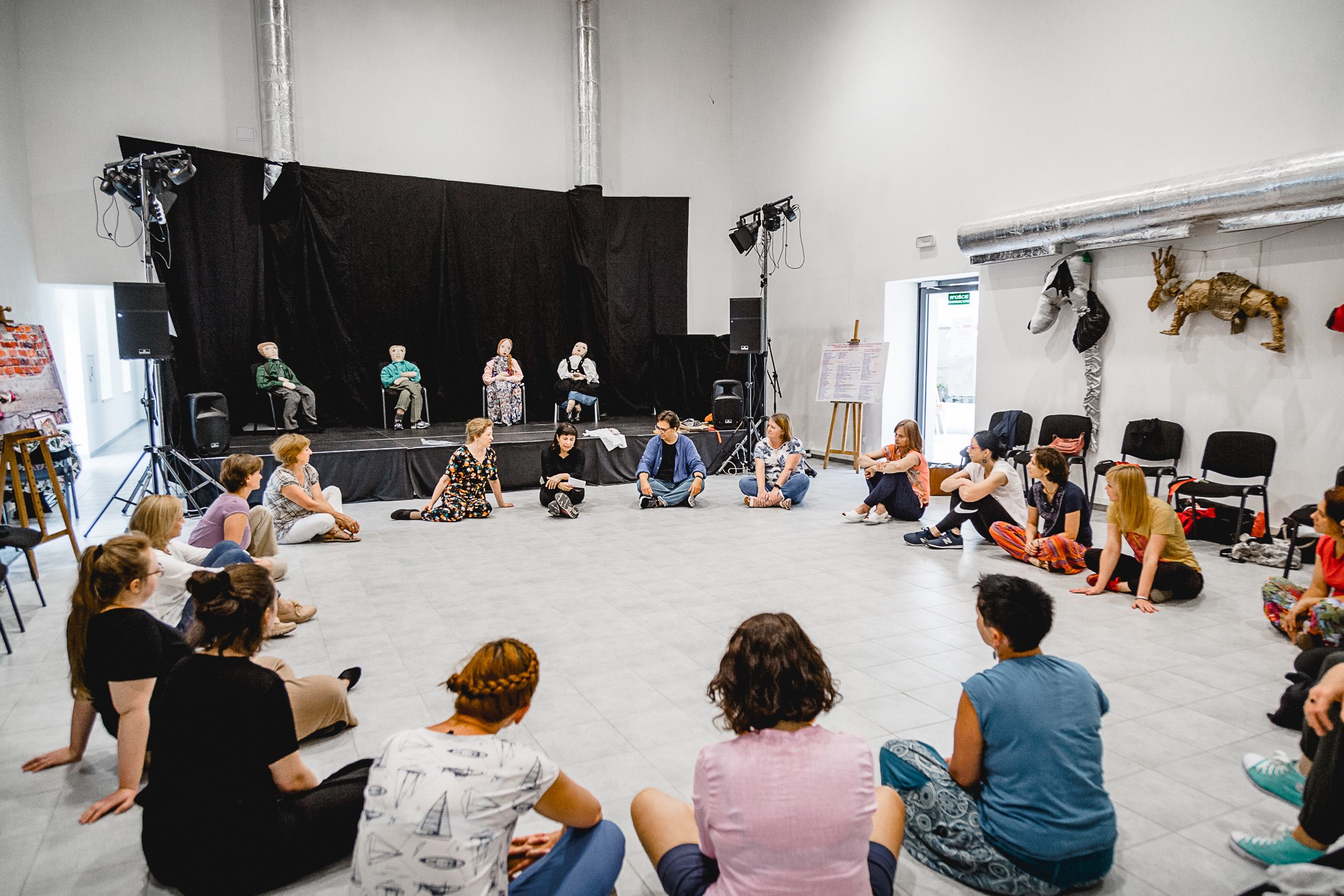 REPORTAGE OF A PULSING LIFE By Monica Gocilli

What one can breathe at Teatr Grodzky in Bielsko Biala, is an exceptional normality in which everything is possible, embracing differences and producing art, supporting people in their journey, all of that experienced in a living and impactful local community.

I like to say this from the beginning, because together with the smiles and warmth of all the people I met, it is an experience I have treasured ever since I returned to Milan.

During the first day, we met with the European partners of the project, to continue our work on the definition and recognition of the figure of the Social Theatre Operator.

In particular, we took stock of the state of the art of the production of the reference manual and analysed the impact of the pilot courses, as well as establishing the validation and certification of the professional figure of reference, and laying the groundwork for the communication of the Final Event of the “Now Re.Sto.Re” project to be held in San Patrignano – Rimini, Italy, on October 29.

The morning of the second day saw two very important moments. The first one was a Treasure Hunt for the project partners, i.e. an in-depth tour of Teatr Grodzki’s structure with its numerous departments of graphics, sewing, production of handmade items, and puppet creation. The second, a workshop entitled “By making mistakes, you learn” which I had the pleasure of leading together with Pascal La Delfa of Oltre le Parole onlus, the project leader, aimed at the operators, from different professional backgrounds, who gravitate around Teatr Grodzki.

We worked from the positive pedagogy of errors, in a game dynamic where a self-narrative takes shape and where it is possible to look at one’s mistakes from a constructive point of view.

Playing with mistakes is a powerful tool for internalising the error and correcting it.

But not only that. Viewing the error as an opportunity for growth and self-knowledge lays the foundations for greater awareness of the effectiveness and potential of creative tools and languages.

In the afternoon, after the inauguration of the new theatre space, in the presence of the authorities, an important round table was held on the theme of “integrated theatre and the figure of the Social Theatre Operator” open to the centre’s guests and citizens, followed by the presentation of some interesting and exciting social theatre works by the staff of Teatr Grodzky.

Among them, Maria’s fabulous puppets have been telling the story of wars also using sign language. A theatre of integration, inclusion, highly professional, emotionally engaging, as social theatre is.

We all really need it. 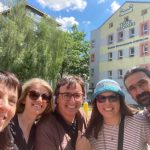 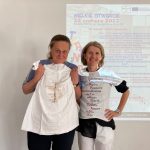 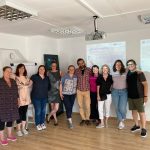 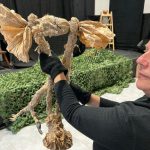 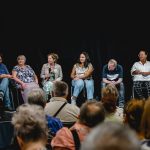 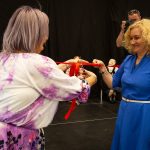 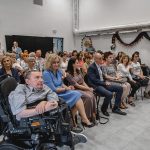 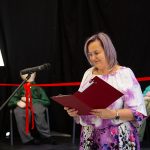 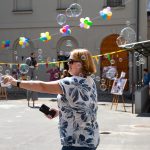 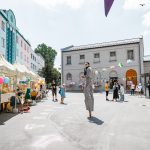 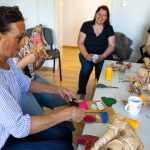 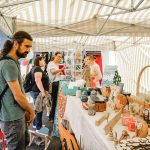 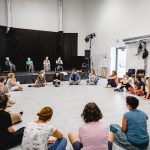