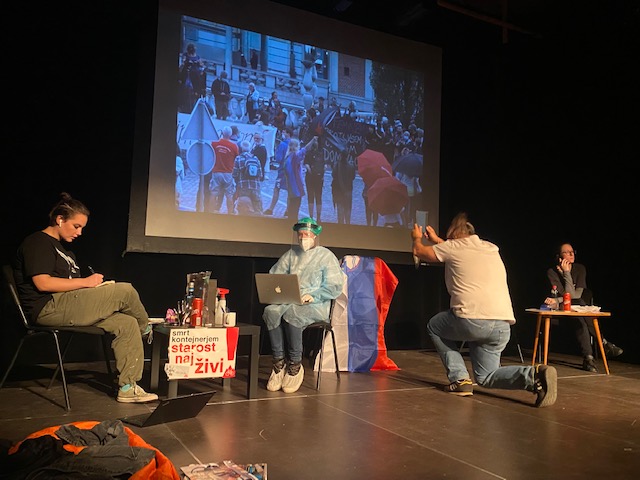 The INTEGRA Festival is dedicated to the inclusion of vulnerable groups through culture and art. The philosophy of the festival is to provide a space for individuals and groups to present their views, stories and artistic creations.

This year, the festival featured a musical performance by the users of the Residential for Senior Citizens in Tržič. This was followed by a performance of young people from the daily centre for young people Škrlovec and Azum Institute, who prepared a performance with children with special needs.  After a short break for socialising and sharing experiences, there was a monodrama by a representative of the Društvo Slišanje glasov (Hearing Voices Association) and a contribution by the Altra Association and its theatre group Gledališče svobodnih (Theatre of a freeman). The homeless members of the Kings of the Streets Association presented a critique of the policy response to the newly emerging epidemic crisis. The final performance was by Magdalene Krivopete, using the method of the Theatre of the Oppressed. Every year, the festival is attended by a group that has no mark, that is not marginalised. When we are creating the programme, it is necessary to take care not to stigmatise the performers themselves. Thus, artists Jelena and Igor presented a set of stories through Kamishibai Theatre.